You are here: Home / Inspirational Quotes on Twitter / Awesome Quotes to Celebrate Women in STEM 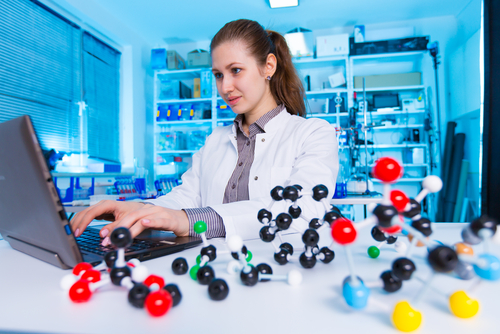 It’s not always easy working in demanding industries that are male-dominated. That’s why women who work in STEM, science, technology, engineering, and math, should be applauded for their accomplishments.

To motivate these powerful ladies, here are some awesome quotes, courtesy of CNN writers Sheena McKenzie and Phoebe Parke. Let these words empower you to advance your career and whatever field you work in. And, do think how your Twitter accounts will automatically post relevant quotes to your accounts.

“Science is not a boy’s game, it’s not a girl’s game. It’s everyone’s game. It’s about where we are and where we’re going…” – Nichelle Nichols, former NASA Ambassador and actress

Nichelle reminds ladies in STEM that science isn’t for one gender or another – it’s for everyone. We’re all working together to move scientific exploration forward in a positive way, so don’t worry too much about who developed the results. Collaborate with your colleagues, male and female, to find solutions that benefit us all.

“I’m not a woman at Google, I’m a geek at Google. And being a geek is just great.” – Marissa Meyer, CEO of Yahoo, former engineer at Google

Women who work in STEM shouldn’t be defined by their gender. They should be defined by who they are as people and what they stand for. Whether you’re a mathematician, doctor, tech specialist, or geek like Meyer, be proud of your characteristics and contributions. After all, they’re just as valid as any man’s.